Menstruation (period) is huge, it happens to half the population, and enables the continuation of the human race, so it’s time we get comfy discussing it.

Almost 95% of all females report some kind of menstrual cycle-related symptoms, and 67% of female athletes believe these symptoms impair their athletic performance.

A systematic review found that changes in female hormones throughout the cycle affect the bodies response to resistance training: its complex but we’ll break it down as simply as possible

During the period both progesterone and estrogen are low.

estrogen builds up and peaks just before ovulation.

Research has shown that training for strength in this phase is superior to training in the second phase of the cycle, this is because estrogen and the testosterone released with it has a positive effect on mood, energy and strength.

The body prepares for the possibility of pregnancy in this phase. And so progesterone is produced.

During these weeks, metabolism ramps up and women may experience hot flushes and the beginning of PMS symptoms.

Research has shown that reduction in intensity of exercise; predominantly focusing on skill and gentle movement and recovery is most beneficial. 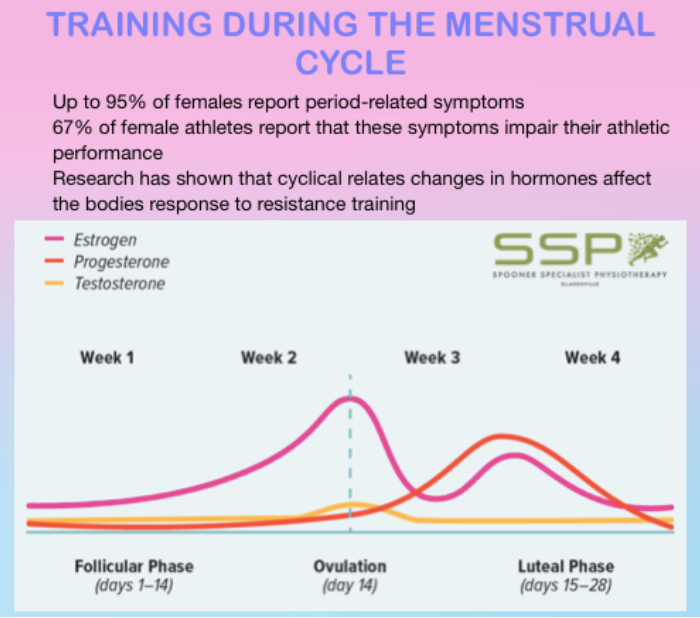